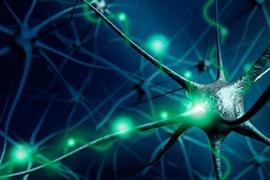 ​An entrepreneur whose 15 year career includes co-founding a 200+ employee consultancy and helping grow a $1M cloud analytics business to $25M by redefining the value proposition, product mix and sales strategy. Mr. Sarmir has held a TS level security clearance as a former employee of Raytheon.

Professor at the University of Chicago and an expert on visual memory and cogniton.

Evan Rauch Professor of Neuroscience at UC Berkeley and an expert on attention and memory.   Professor Knight is co-founder of several neuroscience-based companies, including NeuroFocus.

Chair of Advisory Board

Professor of Neuroscience at Princeton University and co-discover of the science behind SplitSage. Professor Buschman is an expert on the neural mechanisms of cognition.​

Picower Professor of Neuroscience at MIT and one of the world's leading experts on the neural mechanisms of cognition. Professor Miller is one of the most cited and awarded scientists in neuroscience.

​Did you know that your brain creates blind spots and sweet spots in your field of vision?

SplitSage has acquired an exclusive license to groundbreaking science from MIT that has proven that the cognitive capacity for perceiving things (for instance a car changing lanes or an onrushing football player) varies around the visual field for each person. In other words, a person might see something better and faster if it’s in the left of their field of view than if it appeared in their right.

Our patented process can also measure and detect changes in cognitive function. A short-term change could be a result of sleep deprivation, use of narcotics, stress, etc.. A gradual decrease could indicate the early stages of neurological disease, It could indicate whether interventions, like pharmaceuticals, are having a positive or negative impact on cognition.
​
View on Mobile